Why You Need To Get John Haynes Dark Succubus

Posted by Shawn James at 9:00 AM No comments:

BLOCK MODEL SHEET FROM JOHN HAYNES: THE MAN WITH NOTHING TO LOSE 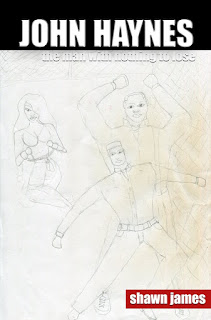 Sketched up another concept cover For John Haynes: The Man With Nothing To Lose.

This concept for this one is inspired by Billy Graham’s Luke Cage Hero For Hire #14’s cover. I loved the action in that cover because it was bold, dynamic and it really POPPED. It’s the kind of cover I believed would get old readers and new ones to pick up a John Haynes series book online.

While I paid homage to Graham’s cover in my concept I changed some elements to fit John’s story for today. This one is set in the yard of John’s old junior high school in The Bronx. It’s nighttime and E’steem has been rendered powerless by the Chains of Hephestus. She watches helplessly as her man John throws down with The Block in a schoolyard brawl for his life against a former childhood bully who wants to become the stumblingblock that crushes The Man Who Rules The World. I wanted to put the Third Avenue housing projects in the far background, but I can’t draw that well. 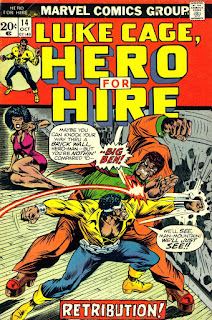 As I changed the story of Graham’s cover to fit John’s, I changed Block’s composition in my concept because Big Ben’s composition is kind of wonky. I did my best to get him to look like the late Biggie Smalls, (who The Block is inspired by) but my drawing skills are…limited. His track suit is inspired by the Daredevil villain Bullet. I gave Block him some Jordans and a dookie rope to make him look like the kind of dope dealers who used to run the block back in the day. 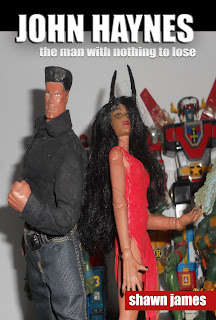 I’m still figuring out which cover will be featured on John Haynes: The Man With Nothing To Lose. The feedback for both cover concepts on social media has been incredibly strong, and I’d love to pay homage to a Legendary Black comic artist with the Billy Graham concept and I’d also love to see my UK Avengers concept I posted a few weeks ago. Maybe I’ll offer two editions, one regular and a variant cover. Or Maybe I’ll offer one of the concepts as a pin-up inside the paperback and the eBook.

I’m hoping to have John Haynes: The Man With Nothing to Lose available as part of the SJS DIRECT 2020 catalog. I can’t wait to share this one with readers, it’s an action packed story that’s just like the classic Luke Cage comics of the 70s!