I thought the book was out of print, but there are still copies available for purchase at amazon.com and Barnes & Noble. Here's the synopsis for ISIS straight from the back cover:

ISIS
In the aftermath of a horrible tragedy, Isis the long-lost daughter of Osiris has committed a heinous crime. Because she didn’t receive guidance from her father, the elder gods show mercy on the young goddess by stripping her of her powers and imprisoning her on an uncharted island in the South Pacific.

Osiris and Isis reunite with his long-lost child to begin the difficult process of establishing a familial relationship. Hoping to guide Isis towards the greater destiny she’s supposed to fulfill, her parents begin teaching her the ways of the gods. However, Seth’s herald E’steem lurks in the shadows offering Isis freedom for a price. Caught in the middle of a never-ending war between the gods, Isis must choose to either return to the troubled world she knows all too well, or take a journey down an unknown path where faith is her only guide.

Shawn James is the author of the novel Isis and the 2000 and 2001 STRIVE Community Resource Directories. He has also written articles for The Visionary: News of Morrisania, and the STRIVE Network News newsletter. A graduate of Monroe College he’s been writing for over ten years.

Professionally I’ve been writing since 1994. But I’ve actually been writing fiction stories since I was nine or ten years old.

My journey to becoming a writer started with my older brother Steve’s comic book collection. I liked his comics so much I started trying to make my own.

When I was a kid, I couldn’t draw so well. So I thought to myself I’ll make my pictures with words and the reader can imagine the pictures in their mind from the words I write. I’d write a story on loose-leaf paper, glue it together and draw up a cover for it. It looks horrible now but when I was younger, it was the greatest thing I could ever make. The fun part about my comics was I could hide them in my binder! (If I glued them together right)

I started out with a character named Mayor Fox. Mayor Fox was a plastic figurine from a Richard Scarry Puzzletown toy set I used to own when I was five or six. I loved the character so much I started writing my own adventures with him. From there I co-opted characters from various TV shows I watched innocently unaware of the numerous copyright and trademark laws I was breaking adding them to my homemade fiction. I wrote these home made comic/novellas until I was about thirteen going on fourteen in 1987. For about two and a half years I stopped writing to do teenage things (collect real comics, chase girls, watch movies and gorge on junk food). I had my mind made up to be a baker until I had to change schools in 1990 due to some problems with bullies.

Looking to deal with my troubles from the previous year, I returned to writing in June of 1990 at the age of sixteen. This morphed into a mission for me. I wanted to create positive images of African-Americans to counter the negative ones I saw on TV every night and experienced every day on the street and at school. A big fan of comics and science fiction since I was little I aspired to be a comic book writer.

I finally learned how to draw portraits (the picture above is a self portrait) and I started writing a character named John Haynes, loosely based on myself at the time. I was probably a little too inspired by Schwarzenegger action movies and most of my stories were ridiculous shoot em-ups full of explosions, car chases and hot chicks. My premises were so ridiculous; one story was about a cosmetics company trying to take over New York City with a nuclear bomb planted in a slot machine, another was about cyborg gang member with razor sharp steel talon fingers and I even wrote a story about black Nazis. (My face was red when I opened a history book) Well, I was sixteen and that’s how a sixteen-year-old boy thinks.

I wrote these awful stories until about 1993. I took some time off to finish college and complete my degree in Business Administration. While I was looking for work 1995, I revamped John Haynes. I learned to keep my story simple. I started out with a short story titled Dinner For Two about a date gone wrong. It was a powerful emotional story for me; it still makes me feel heavy in the heart when I read it today. The short story grew into my first novel The Changing Soul. The story was about a man trying to break free from a vicious cycle of self-destructive behavior.

Somewhere in between 1995 and 1997 the comic book industry collapsed. My dreams of becoming a comic book writer were dashed with the declining values of my large collection. However, I started reading African-American fiction from writers like Terry McMillan, Connie Briscoe Ralph Ellison and Claude Brown. The books had just as much impact on me as the comics I read; inspiring me to be a better writer. Doing some research I realized there was a larger African-American audience in the fiction book market than the White male dominated comic book industry. So in 1998 I started shopping The Changing Soul around to publishers and agents. The book still sits in a box in my closet next to about sixty rejection letters.

I tinkered with The Changing Soul until about 2001 trying to get it right. While I edited that novel, I wrote a story loosely based on the Egyptian gods titled Isis in1999. Isis was an easy story to put together; I loved the characters and loved Egyptian mythology. I had a blast writing Isis. It was fun for this black man to create a story that focused on mythology from a woman’s perspective and dealt with the issues of the modern African-American family.

I solicited Isis a couple of publishers with no takers. During my query process I was disappointed to learn there’s no market for African-American fantasy, like there is for White fantasy books such as Harry Potter, Lord of The Rings and The Mists of Avalon. However, I truly believed in the story so I self published the book in 2002. Self-publishing Isis was a great learning experience. I learned a lot about publishing, writing and the business of selling books that I was able to apply to future novels.

Around 2003, a little older and a little wiser, I started working on anew project. I wanted to create a positive story about the African-American workplace infused with dark comedy. Inspired by the films The Apartment, Clockwatchers and Strictly Business I completed a draft my first commercial novel, The Cassandra Cookbook in the hopes of attracting African-American female readers to my writing. I really enjoyed writing this story. In developing this novel I saw how much I grew as a writer. The plot is tighter, the paragraphs more detailed and descriptive. My sentence structure is a lot better and my grammar has improved. My style is clear; you can tell it’s a “Shawn James” novel from the first sentence to the last.

I’m still writing; right now I’m working on a new novel, working on some screenplay adaptations and a second edition of Isis. I’m planning a new cover and layout and a brand new opening for the second edition.
Posted by Shawn James at 9:49 AM No comments: Links to this post

Hello, everyone, My name is Shawn James and I'm a 33 year old unemployed struggling African American fiction writer and artist. I decided to start this blog so I could have a place to post up stuff about the stories and books I write, and to have a place to post some of my art. I'll also post:


Next up will be an overview of my novel Isis.

Posted by Shawn James at 9:42 AM No comments: Links to this post

Pre-Order Your Copy Today on Kindle! 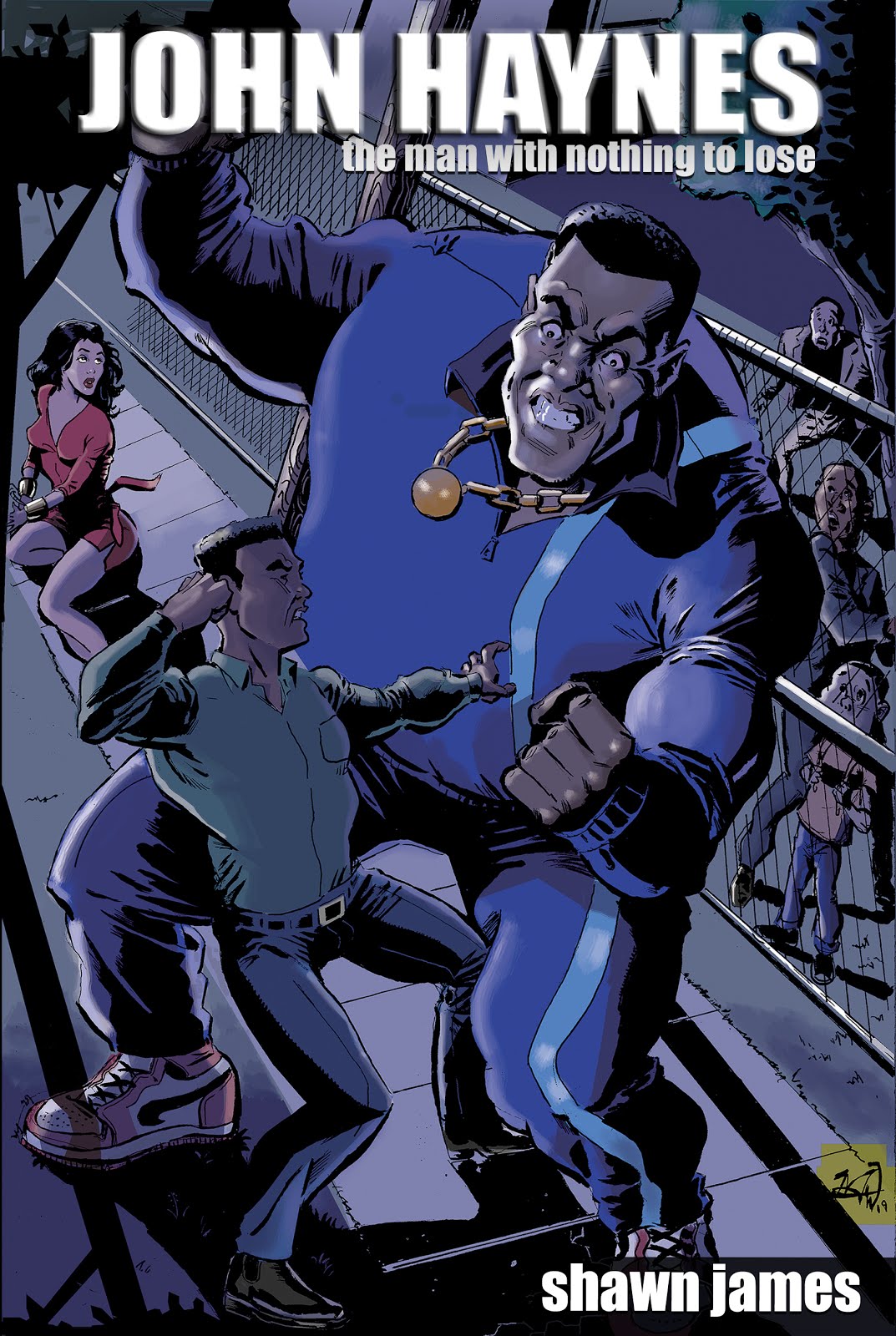 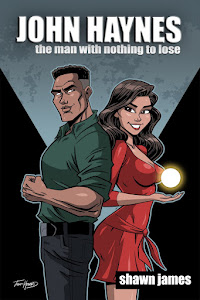 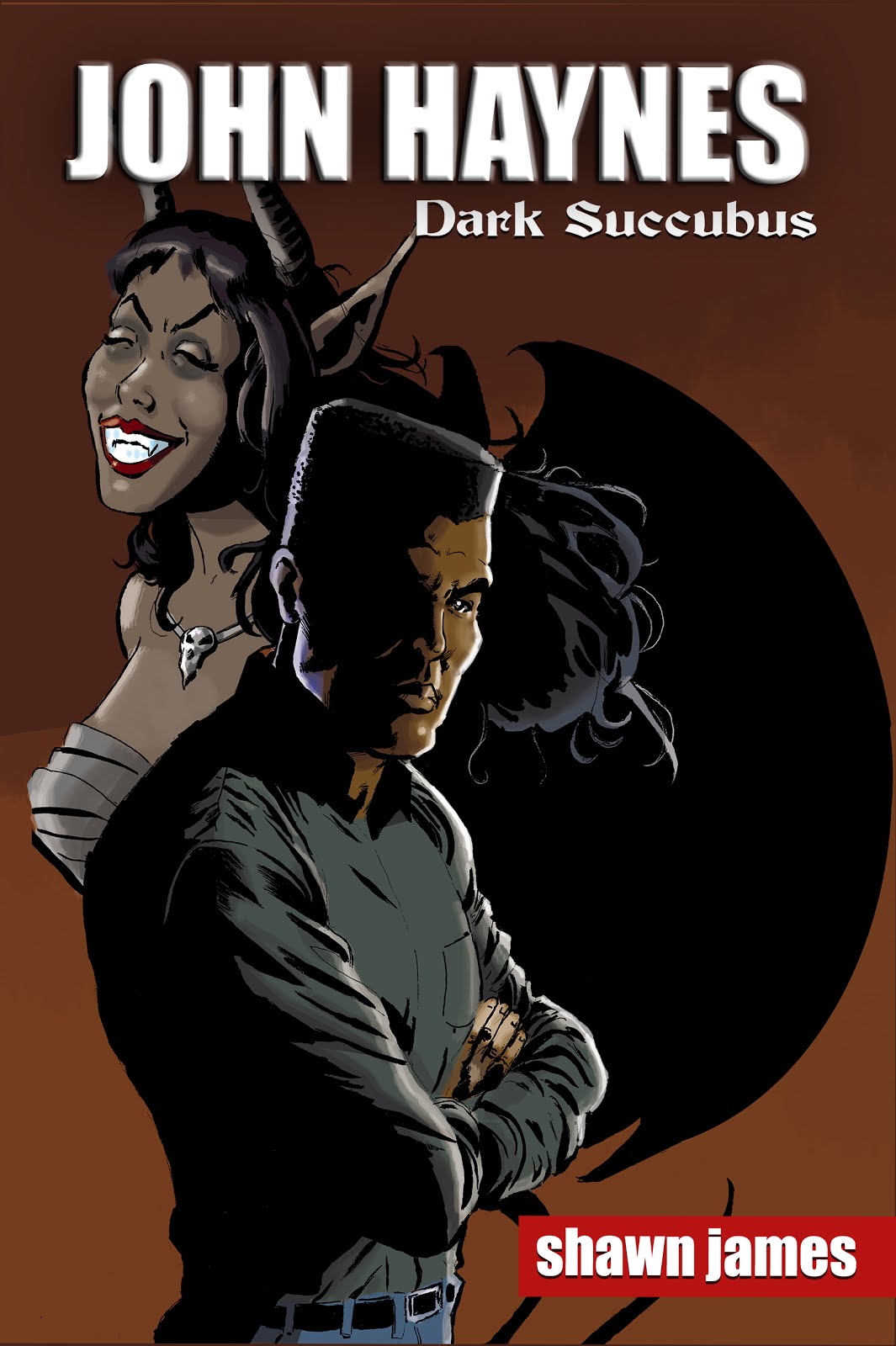 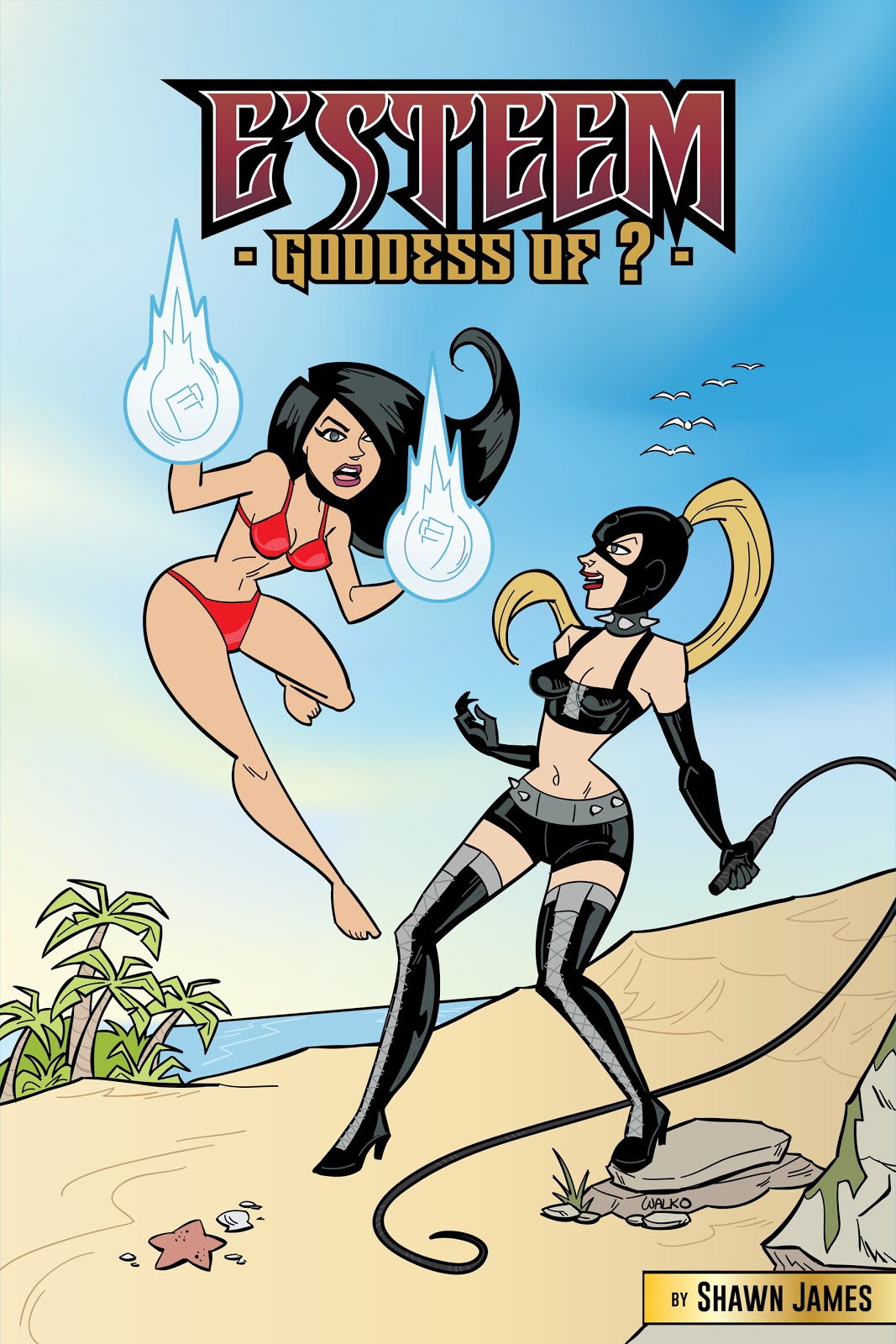 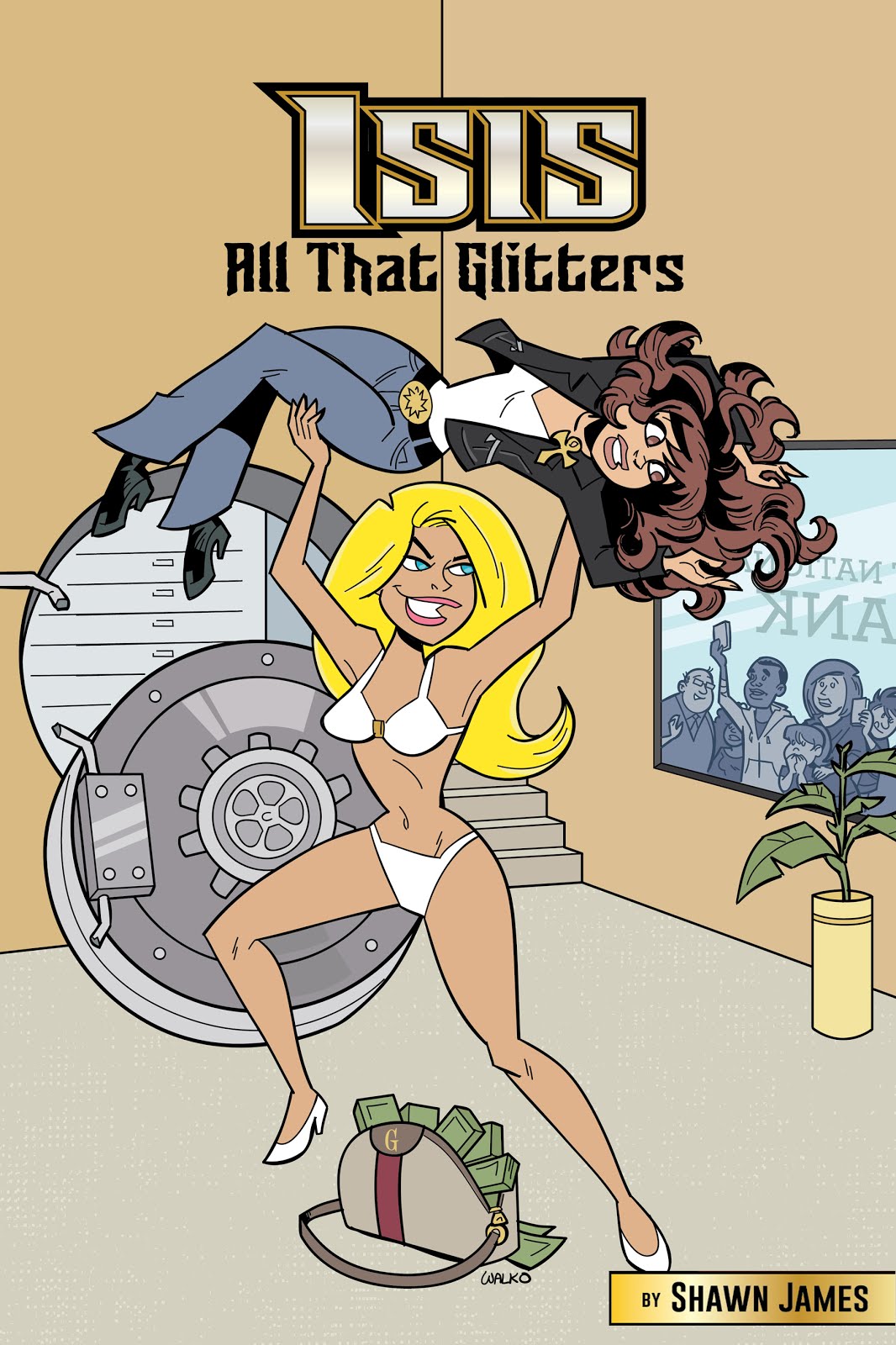 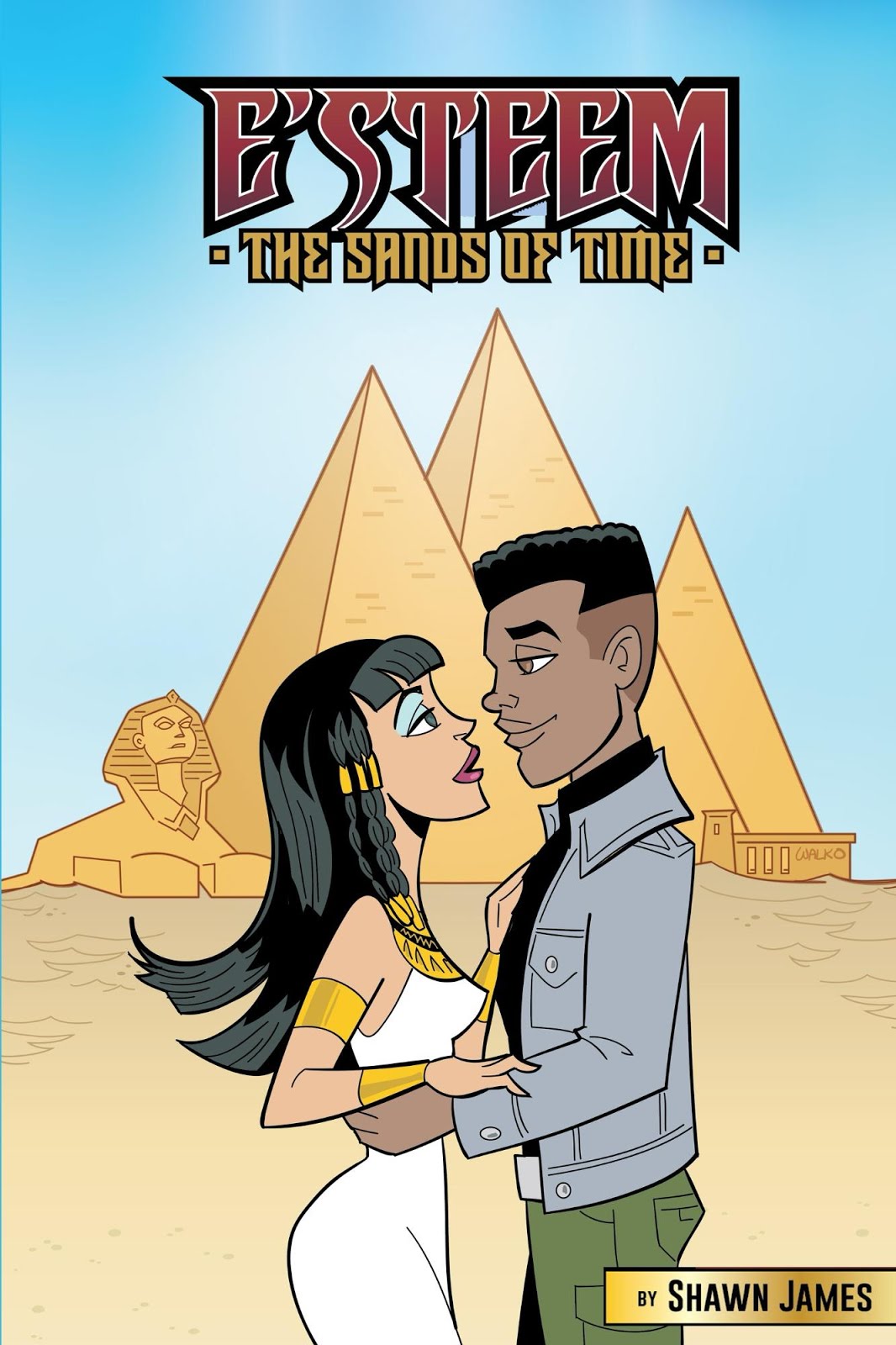 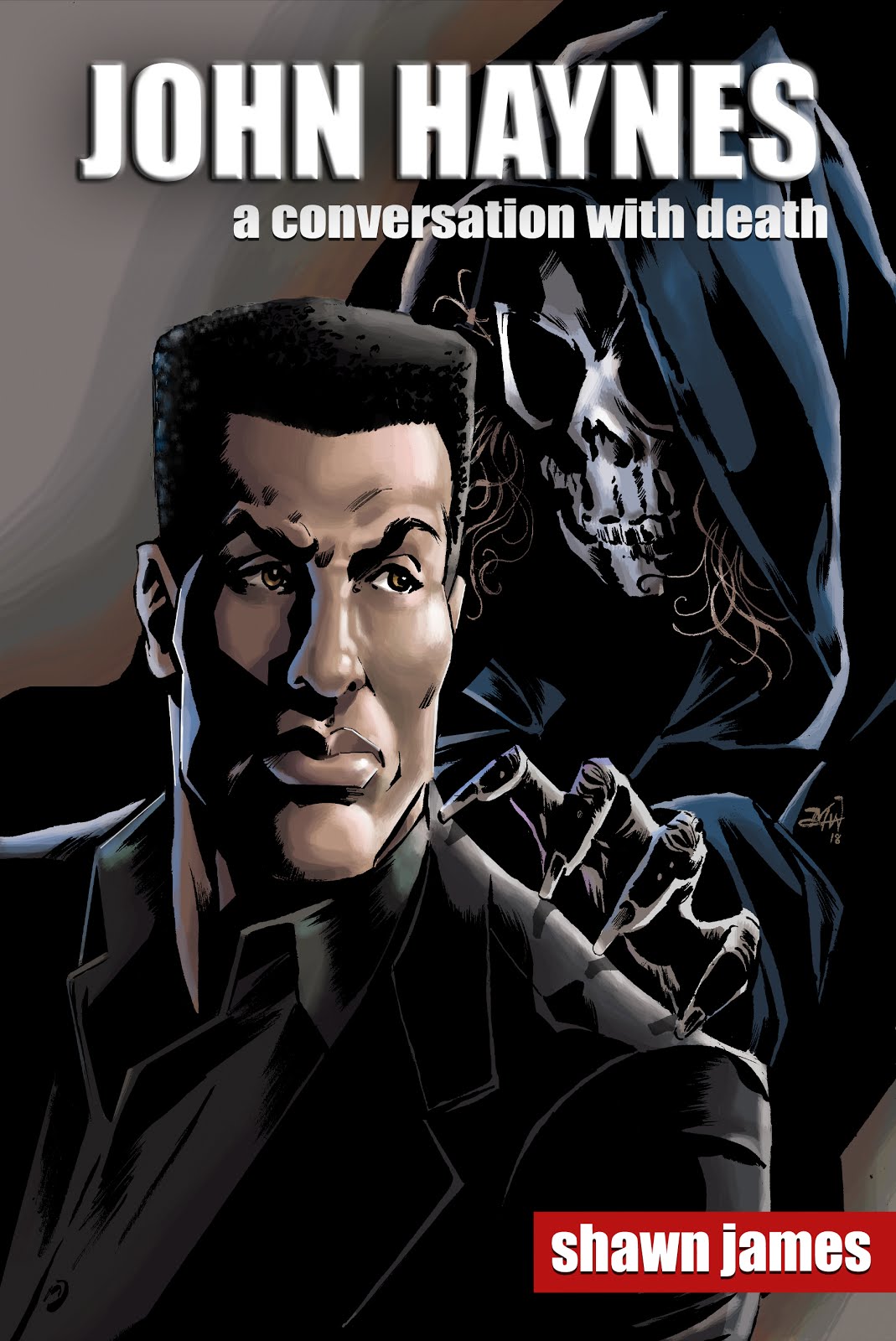 A Conversation With Death 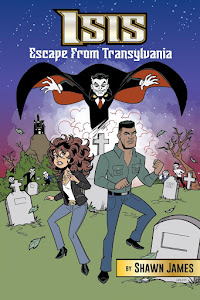 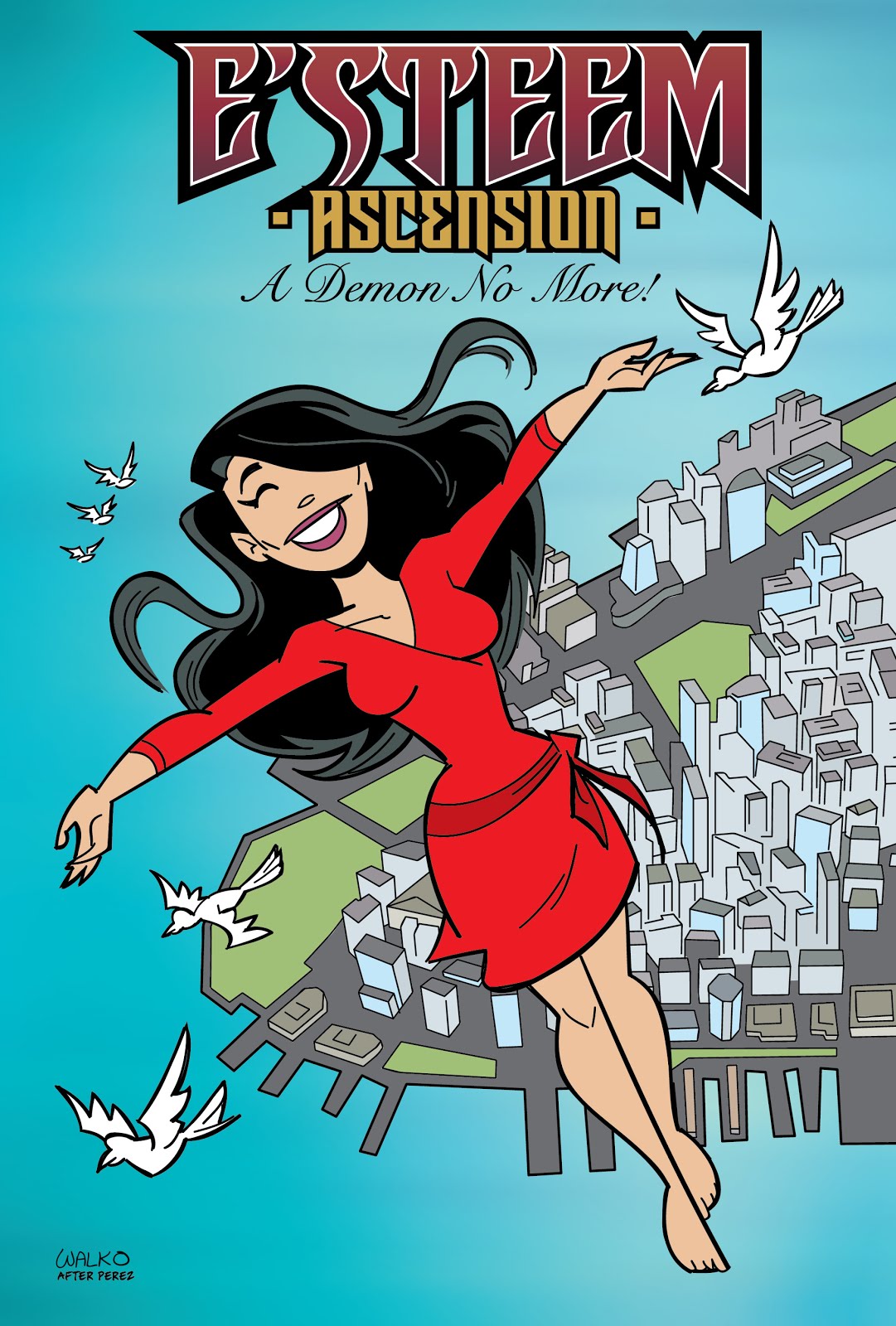 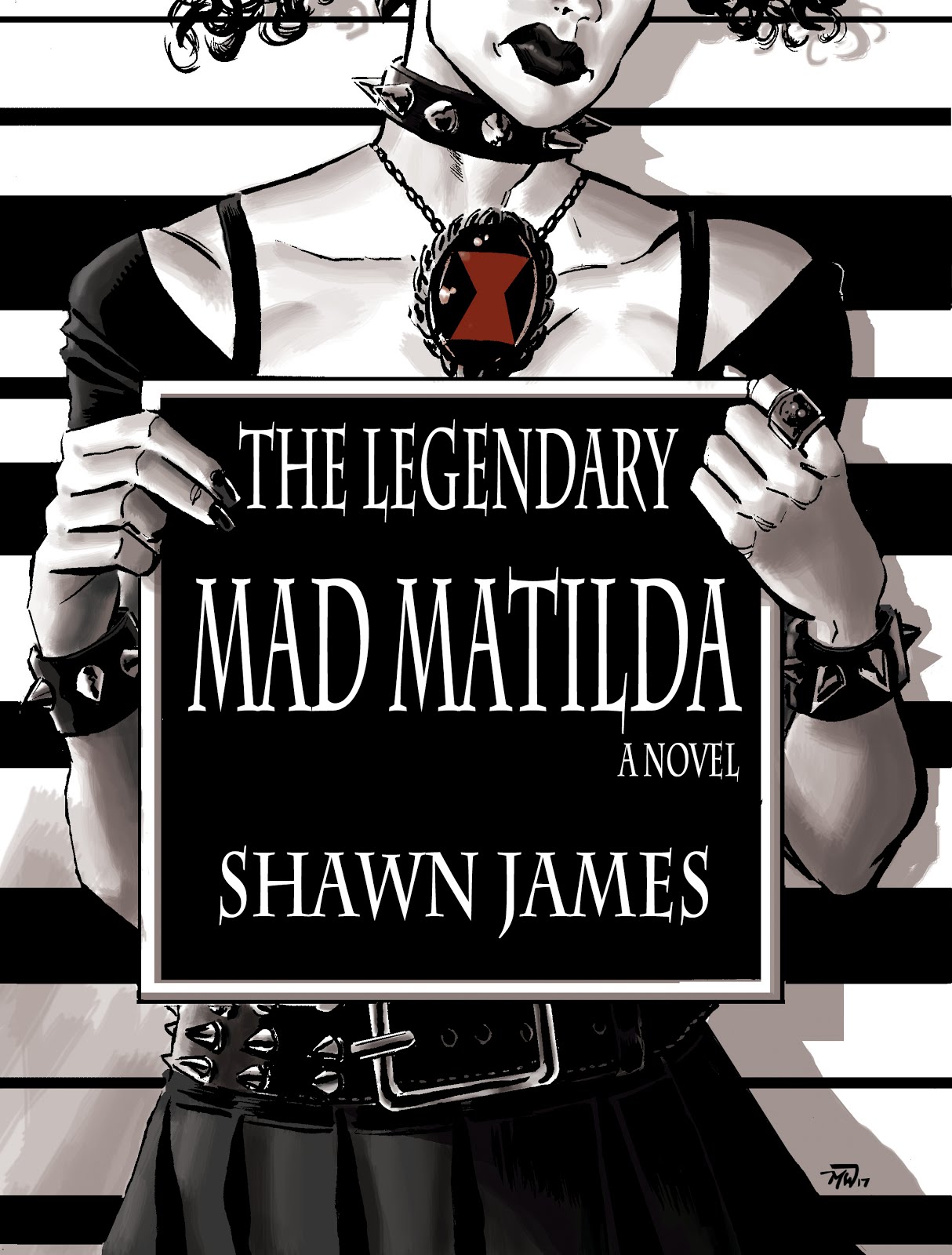 GET YOUR COPY TODAY! 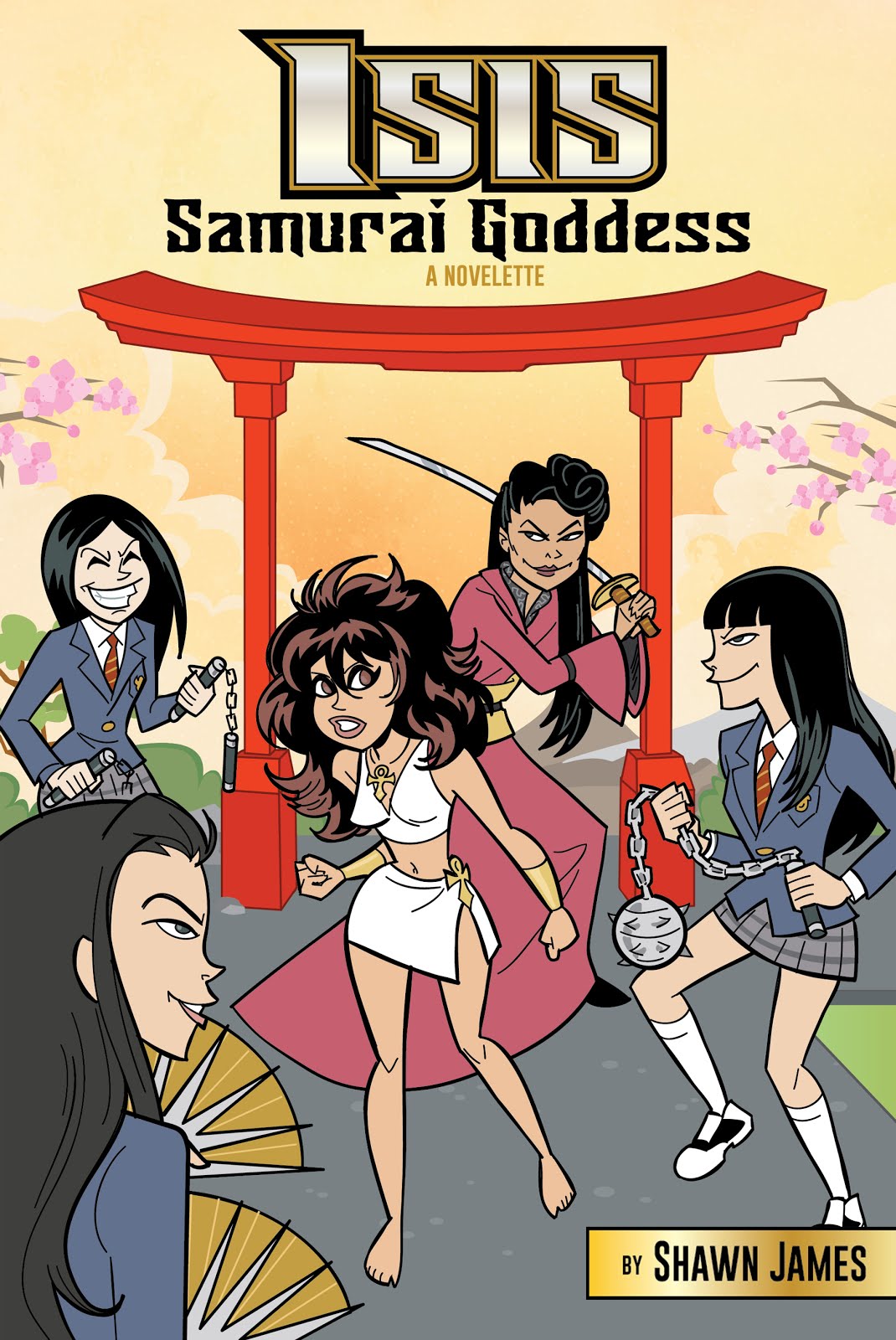 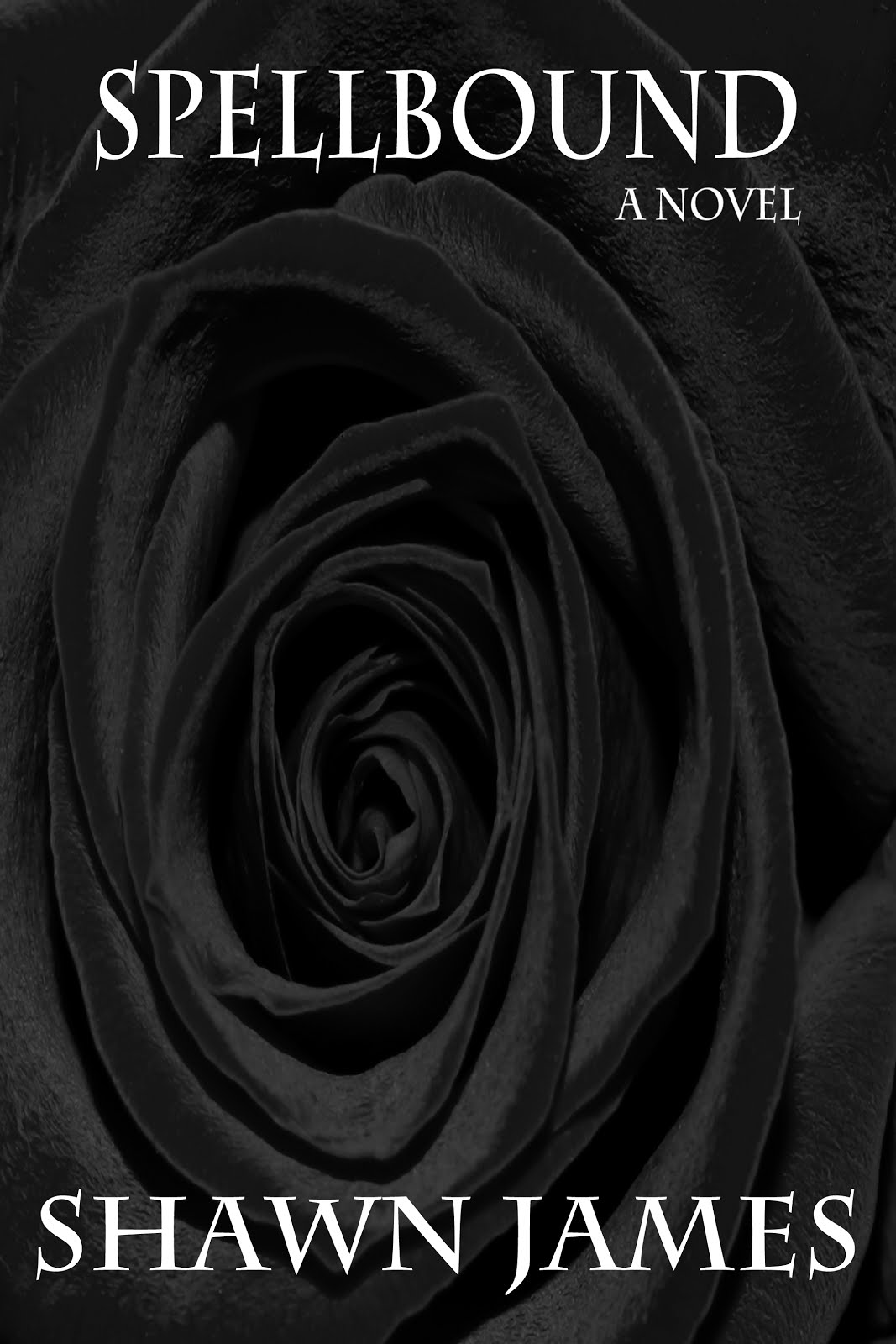 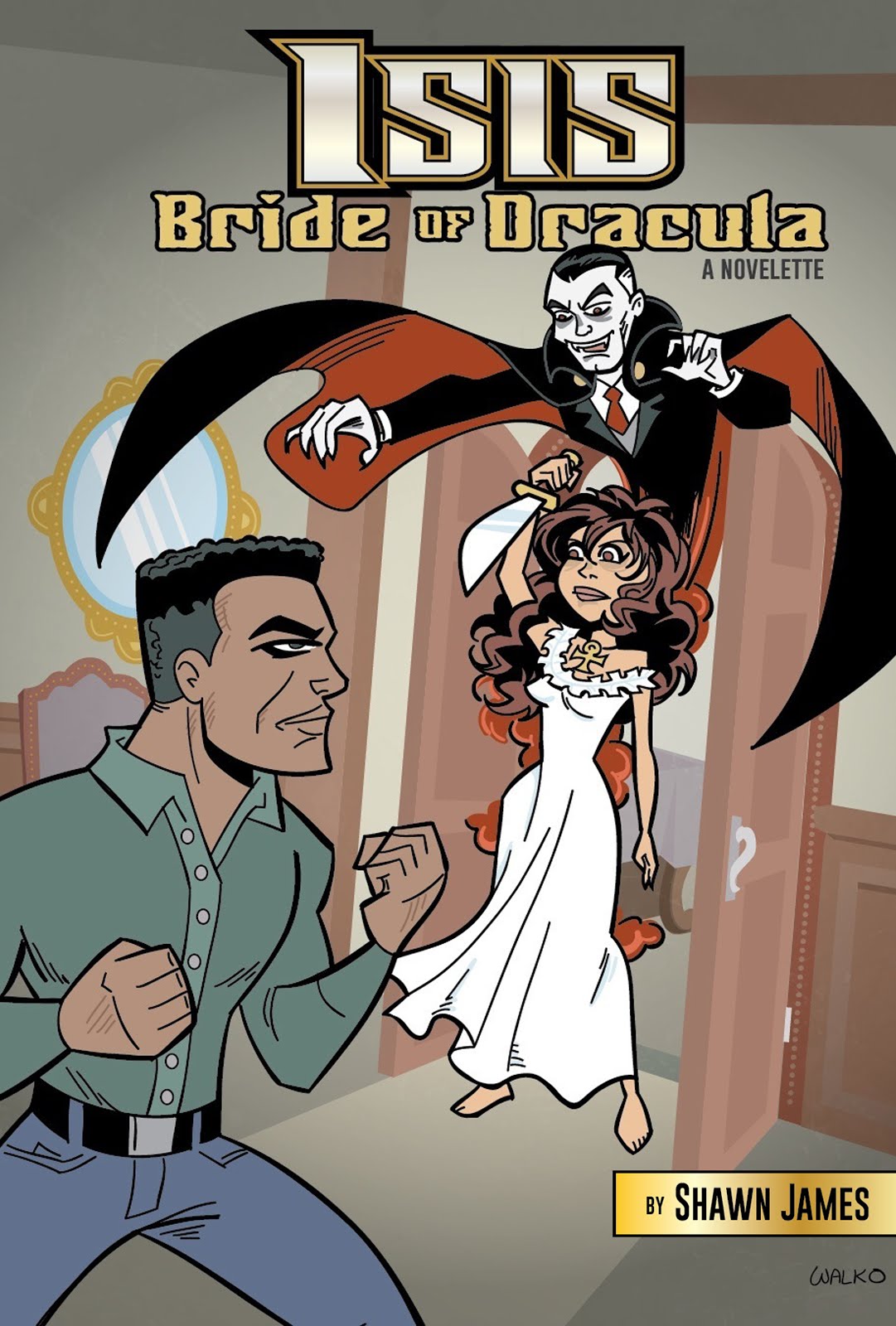 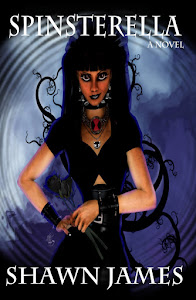 Isis: Night of the Vampires 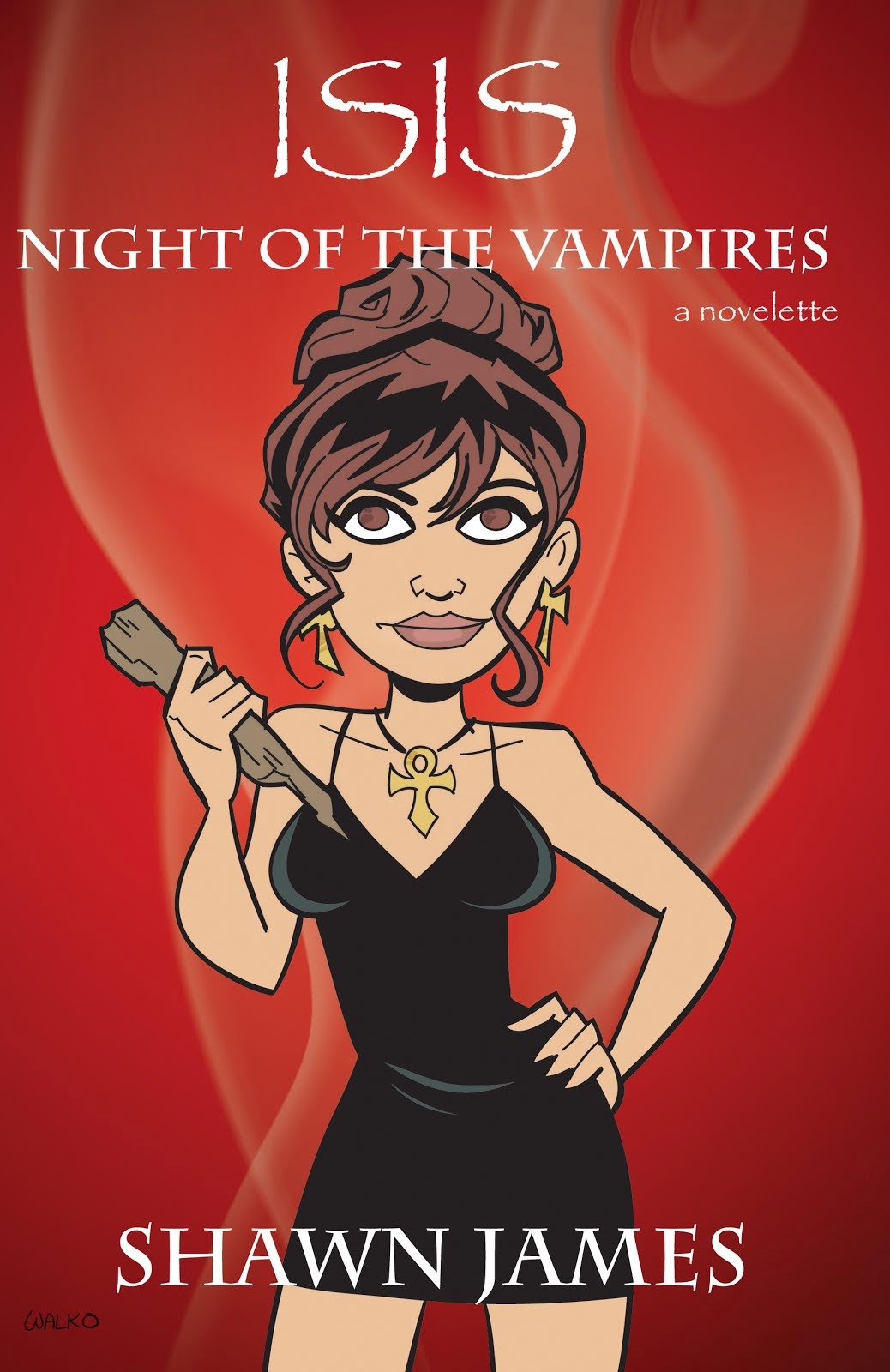 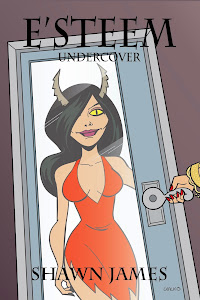 Shawn James
Bronx, New York, United States
Hi, I'm Shawn James and I'm a man with a lot on my mind. This blog is a place where I'll write essays, promote my self-published, books and display my art. All materials on this blog Copyright (c) Shawn James 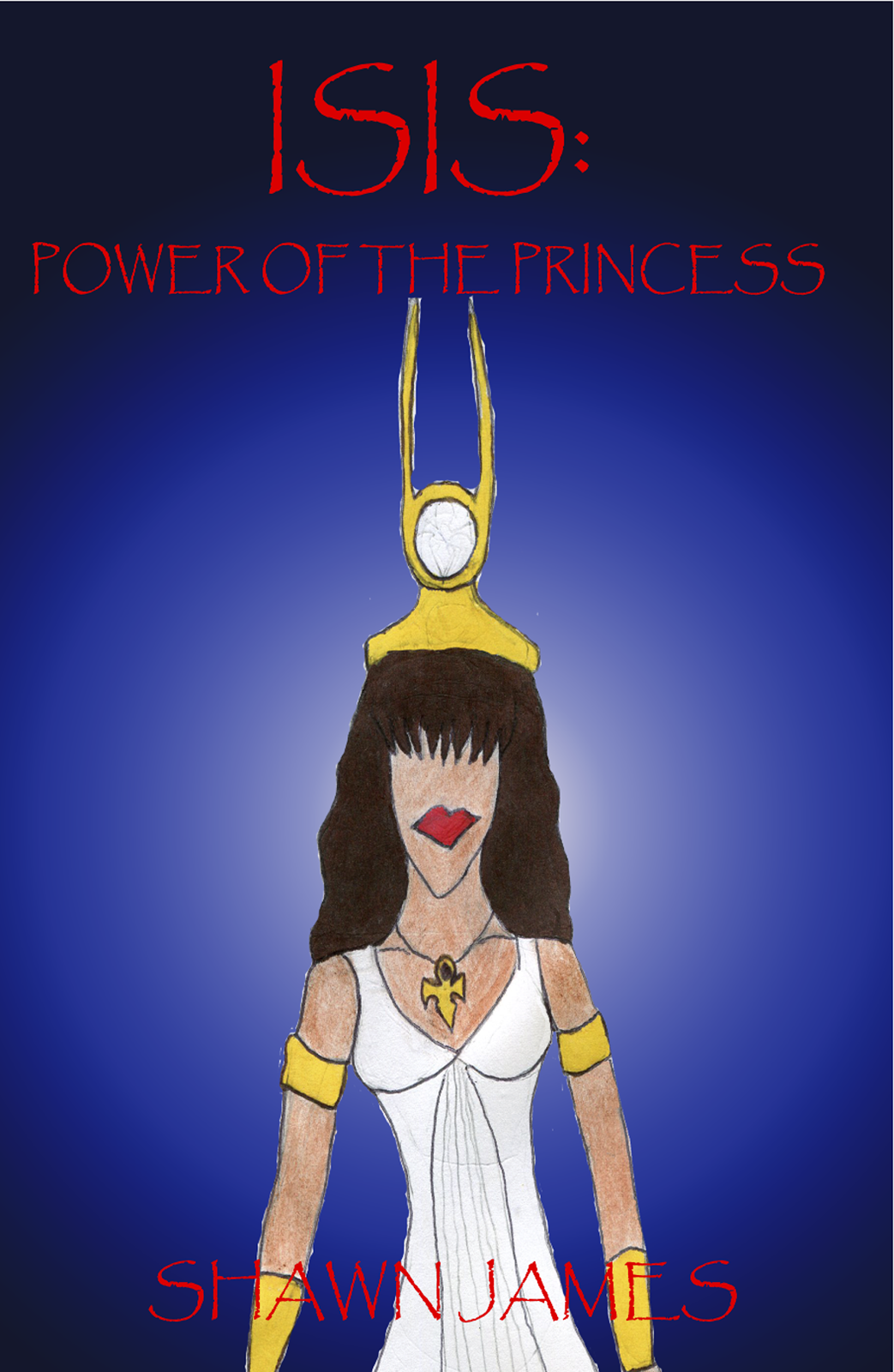 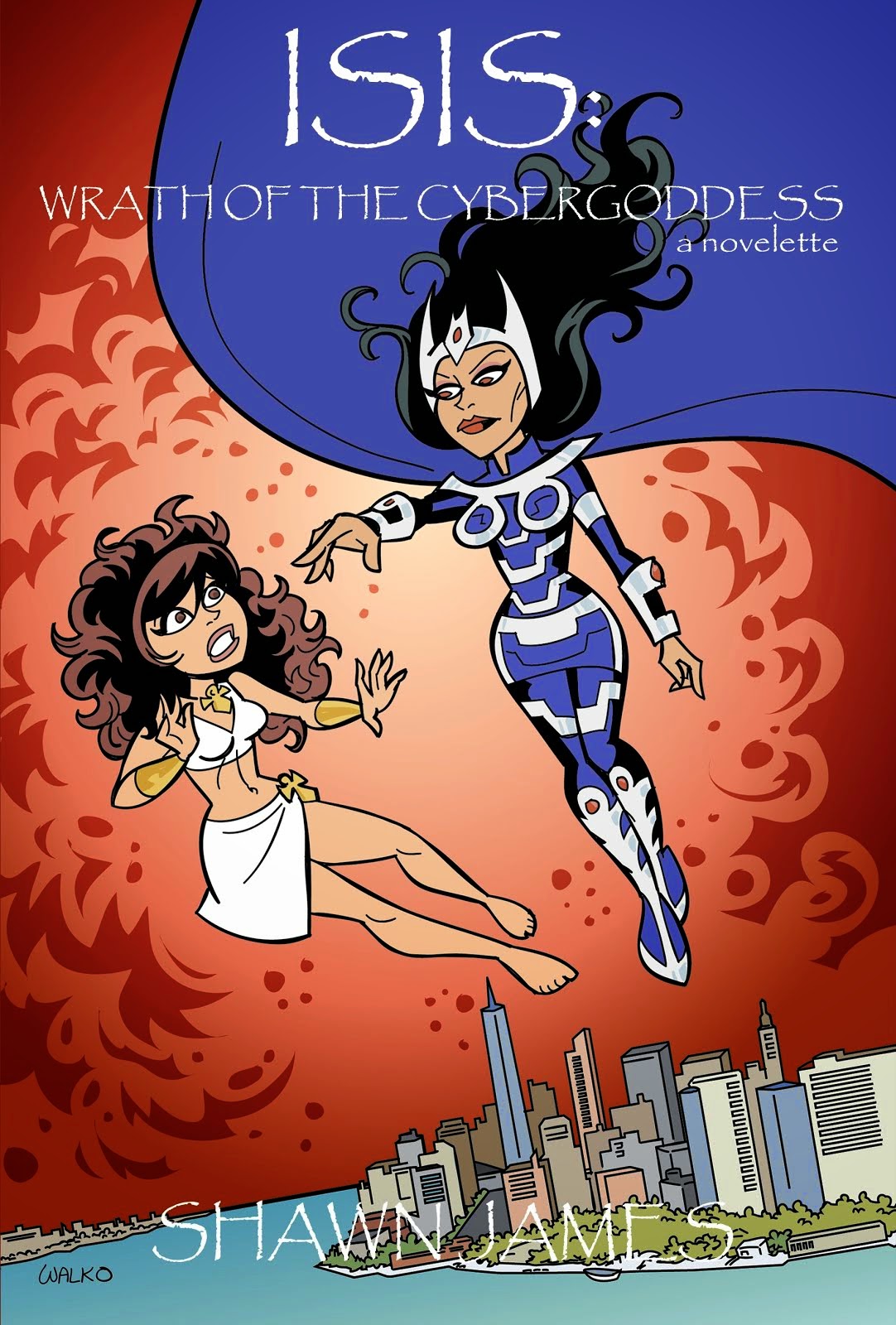 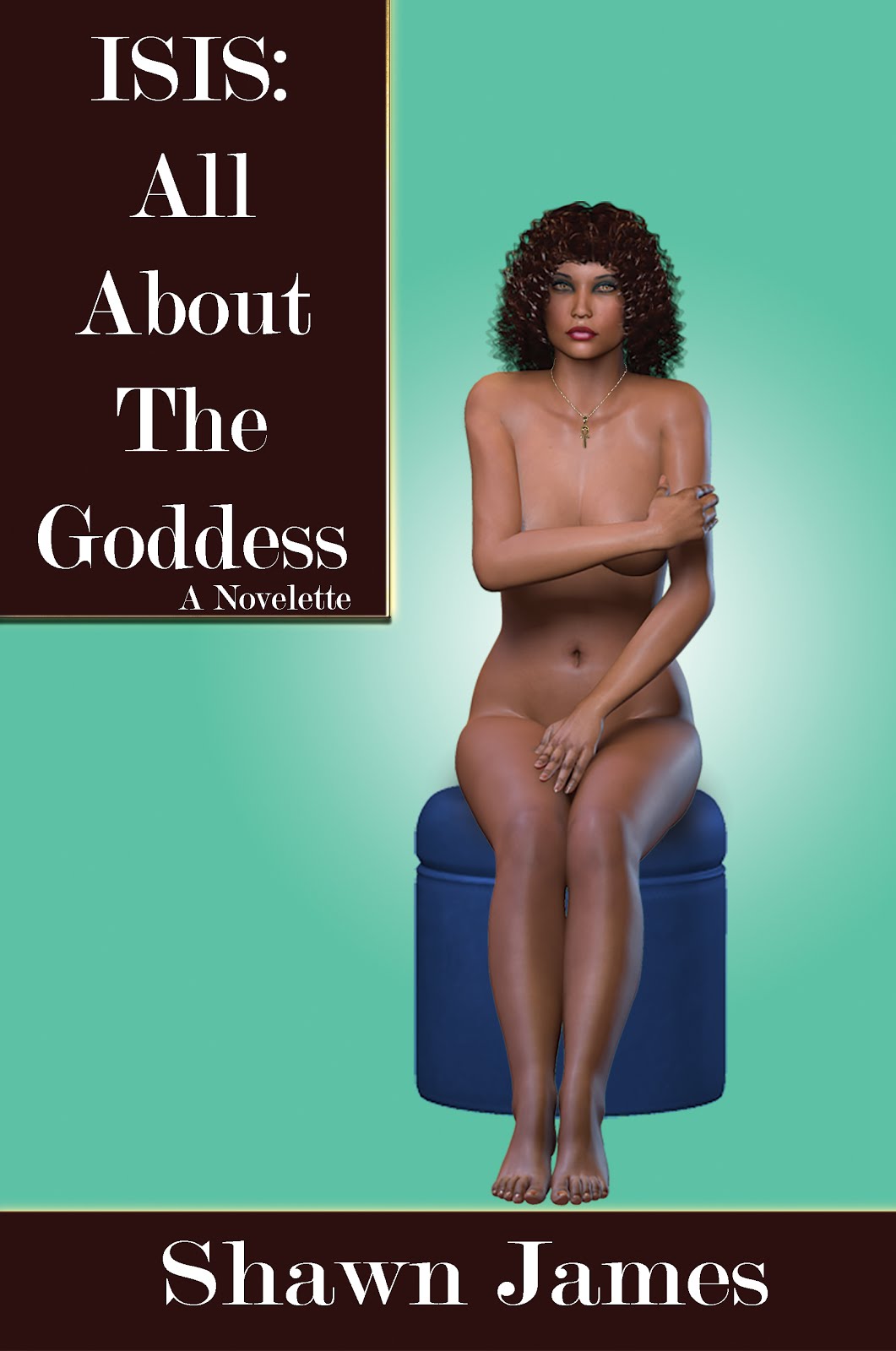 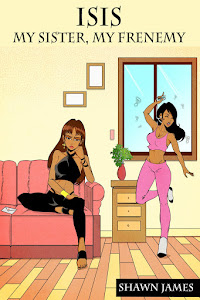 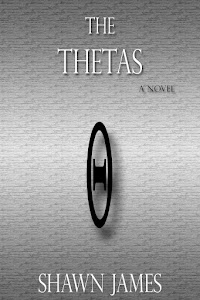 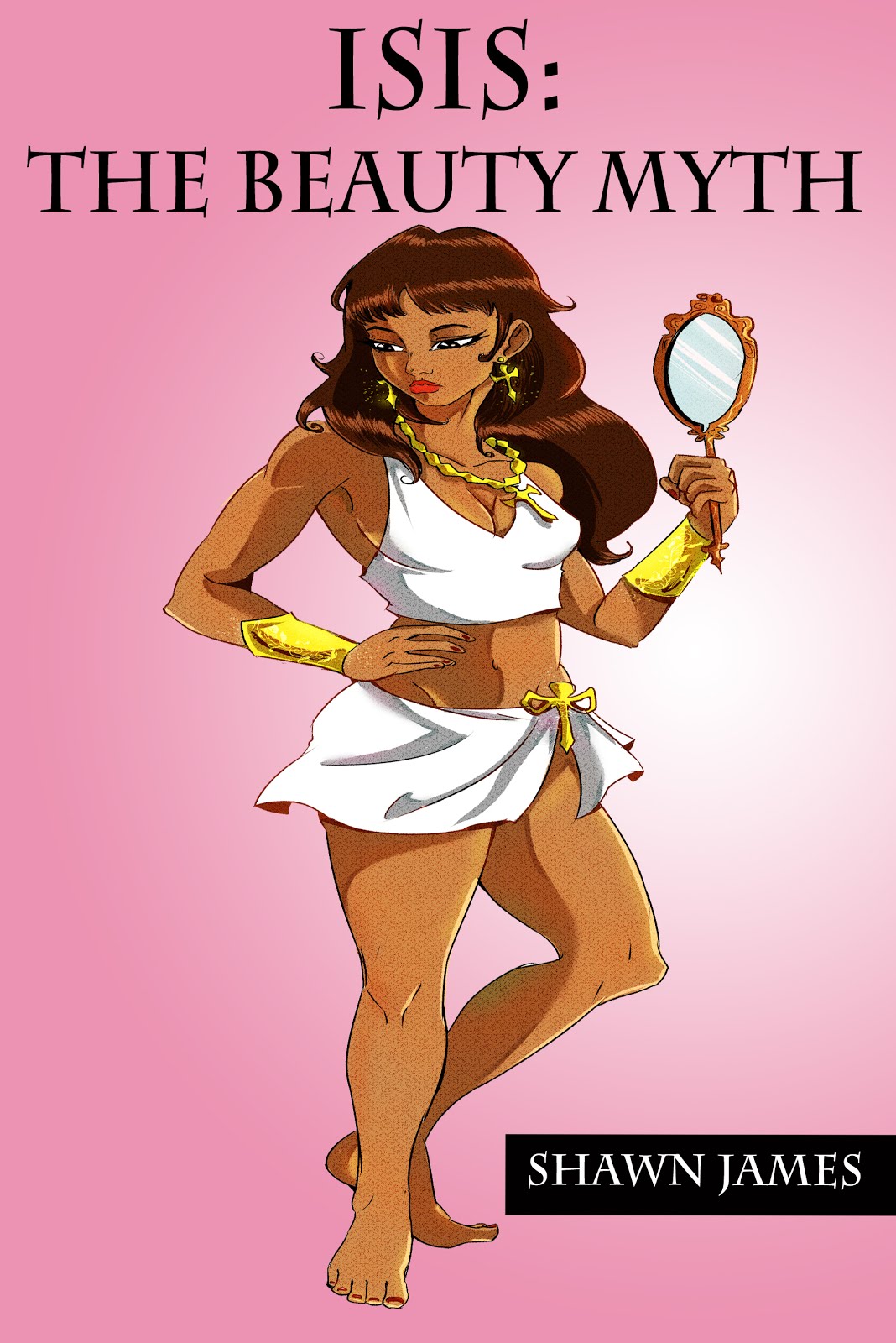 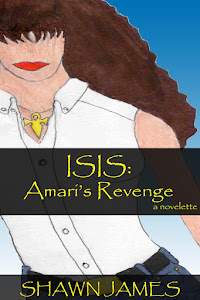 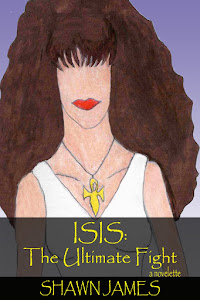 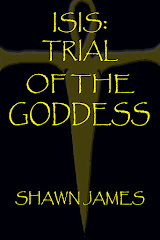 Isis: Trial of the Goddesss

Isis-trial of the Goddess Sample Chapters

The Temptation of John Haynes 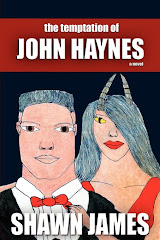 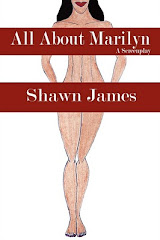 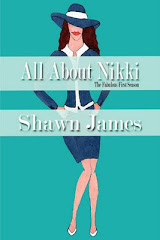 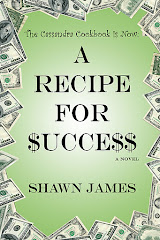 A Recipe for $ucce$$ Sample Chapters

Buy Shawn James Titles as ebooks at these online retailers

Buy Shawn James titles in paperback At These Online Retailers

Some of Shawn's favorite places to hang out on the net.