Posted by Shawn James at 9:44 AM No comments:

With the script done I started doing model sheets and concept art of the characters. 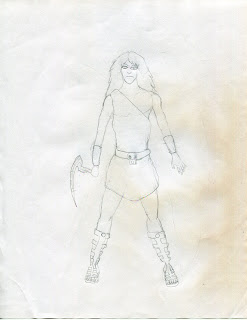 The villian of the story, Thanatos is inspired by The Marilyn Manson-esque Riddler from Kids WB’s! The Batman, Goth guys I’ve seen on YouTube like Mr. Owl from It’s Black Friday’s channel and Sean Brennan from my favorite Goth band London After Midnight. I gave his greek toga look a Goth asthetic and gave him some New Rock Gladiator sandals. His color model should really POP when the chalk white skin contrasts the purple belt and black toga. 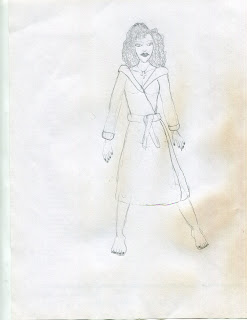 For Death I had to go in a different direction. The original Death from John Haynes: A Conversation With Death was partially inspired by DC Comics’ Death from the Sandman. But for legal reasons I couldn’t use that visual asthetic for the character. Plus it wasn’t very original or distinct to SJS DIRECT.

So when it came time to do the visual, I decided to stop making SJS DIRECT’S Death ambiguous and make her a Black woman.  She’s still a Goth, However, I gave her natural hair to make her face visually distinct from DC’s version. 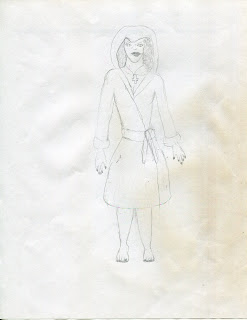 And she’s wearing a purple bathrobe for three reasons. One is to play on the old asthetic of The Grim Reaper and Marvel’s Death from the Infinity saga. The other is because I haven’t figured out what her outfit will be. The third is related to the opening chapters of the story (She just got out of the shower!).  I’m not finished with the story between John and Death. She’ll be getting a new Goth outfit distinct to her in the next story!

John Haynes: At Death’s Door is in its first draft and I’m working on both the prose book and the comic script at the same time. I’m hoping to have the story out in either late 2021 or 2022. If things work out readers may not just be reading a prose book. They may be reading a comic!